Yingge Baiwang stumbled into the ditch and wailed for help. The mop pulled ashore and "limbs off"

The case of the 24-hour animal rescue service of the New Taipei City Animal Health Protection Office is full of wonders. Recently, the white dog Omega, raised by Mr. Hong, a citizen of Yingge, walked into the ditch for no apparent reason and mumbled in the black and narrow ditch. For help, the rescue staff of the Department of Animal and Social Security came to the scene to cooperate with the police station police to help. The rescue was successful using mops and tools. After the dog landed, his limbs were covered with black dirt, and it took some time to stabilize his mood. Omega accidentally fell into a ditch near the house in August. Her body was stuck and unable to move. She wailed in a tiny gap in the ditch for help. People passing by stopped to find the source, found the trapped dog, and hurriedly contacted the owner. Mr. Hong arrived at the scene and found that Omega card was under the cover of the ditch. He was eager to call for help from the police station and notify the animal protection office. At that time, Omega card was in a deep and narrow ditch. When he heard someone coming, he immediately strengthened the decibels and asked for help Wang Hongyao, a security guard, used a flashlight to look into the ditch, and saw that Omega reflected two bright eyes through the black muddy water in the ditch. The length of the hand could not bring Omega out of the ditch. Another security guard, Chen Shaoping, used a nearby mop as a long handle, and used a rope to cover the mop handle as a tool. Two security guards and policemen lie next to the ditch in turn. Using the mop, I hope to pull Omega out. After working hard for a long time, I finally let the rope around his neck, and then slowly brought it to the hole to get out of sleep. As soon as Omega got out of the hole, the white body was covered with ditch mud, and the limbs were changed from white feet to black feet. After shaking the mud on the body, they quickly left the scene and everyone was relieved. Chen Shaoping, a security guard who carried out the rescue on the same day said, "This rescue was quite difficult. The ditch was black and narrow. Omega was also out of reach. The imagination used a neighbor's mop to tie a rope into the ditch. Hooked Omega and matched it with our tools to save it to the ground. "Ye Yuan police, who assisted in reporting the crime, said that he often saw Omega exploring the nearby streets and alleys on duty, and did not know why it fell into the water. In the ditch, when I received the report from the owner, I really did n’t know how to deal with it. Fortunately, the staff of the animal health protection department was notified to use the tool to provide immediate assistance, so that Omega was not trapped in the deep and dark ditch. Everyone worked hard. " 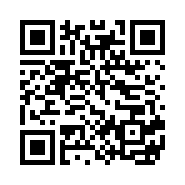