Shou Xing's mobile phone was tragically dropped in the ditch

My mobile phone was dropped on my birthday. The person I picked up was not taken to a police station, but was thrown into a ditch! On the evening of the 19th, a woman in Keelung lost her cell phone in her pocket while driving home. Afterwards, her boyfriend located the cell phone and found that the cell phone fell in a ditch. It turned out that a man picked up the cell phone and did not take it to the police. There is no problem of embezzlement, but the parties can still ask for civil compensation. Photo / TVBS A man carrying a bag and carrying a mobile phone in his right hand, he quickly walked up the sidewalk, bent down suddenly the next second, plug the mobile phone into the gutter, the whole into the gap, then head He didn't leave, but the phone was not hiss at all, especially the action made the person who stole the phone even more distressed. Mobile phone dropped woman: "Bikes are too fast. Let ’s fly out, because my mobile phone seems to be in my pocket." Picture / TVBS On the evening of the 20th, an office worker woman went home by bicycle and walked through Keelung. The mobile phone in my pocket exploded instantly and I didn't know it. It was later discovered that the mobile phone had fallen, but after 6 hours of searching, I still couldn't find it until the boyfriend was alert to locate it, only to find that the location of the mobile phone was actually in the drain cover . The woman who dropped the phone: "It's dumbfounded, (why), because my birthday today, I ca n’t see my mobile phone today, even if I do n’t see it, I was thrown away.” Because the ditch cover was too deep, the police first called to report the incident, and the police said nothing She said that she took off her equipment, drilled into the hole, and took out the lost things, but the woman saw the mobile phone look like this, which was really unacceptable. Picture / TVBS screen glass shattered into a spider web, and the body can still function normally. The initial repair is at least 8,000 yuan, but the police must also notify the man involved to clarify why the mobile phone was thrown into the ditch when picking up the mobile phone, but this act did not encroach. I am afraid only civil claims can be made. Attorney Liao Fangxuan: "I want to own it, but he throws him into the ditch, and the misappropriation of the lost property should not be criminalized. If he picks it up for repair, it may find a civil way to claim damages. On the day when the phone was dropped, the girl's birthday happened. I was going to be happy for the holidays after work, but because of this accident, not only did I lose blood from my purse, but I was completely unhappy. 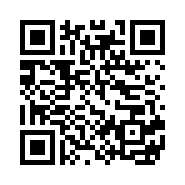