Throw cigarette butts away after smoking, so a seemingly small action will affect the environment! Youli installed iron nets in the ditch to intercept cigarette butts. Volunteers had been called to clean them together, and 6 kilograms of cigarette butts were collected within 2 hours, which is quite amazing, but it is still not cleared, and may even affect drainage; The EPA also offered incentives, as long as 200 cigarette butts were collected, it could be changed to a 3 liter garbage bag, and if 600 cigarettes were collected, it could be changed to a 10 liter garbage bag. Maintain the environment together. Picture / TVBS The trench cover is full of cigarette butts when it is opened. The cigarette butts were pushed out of the gutter cover through the gaps, and the people were blindfolded, but all these were accumulated in the sewer. Cai Zhihong, the long man in the forest, said: "The gutter is covered here, but the cigarette butt is over there, but he just do n’t want to go and throw it on the cigarette butt, he just throws it into the gutter." Picture / TVBS 2, 3 There are cigarette butts installed outside, but the people just like to throw them casually, even if they are cleaned every week, but there are still a lot of cigarette butts in the ditch cover. Loading iron nets, once called for volunteers to clear out six kilograms of cigarette butts for two hours. The quantity is really a lot. The New Taipei City Environmental Protection Bureau offered a reward. As long as the people collected 200 cigarette butts, they could exchange them into a pack of 3 liters of large garbage belts. There are incentives such as extra lottery tickets. Jian Renjizheng Sun Zhong: "Whether you are finished smoking, you can collect cigarette butts yourself, or assist us, pick up these butts, in short, you can accumulate a certain amount, you can exchange the relevant prizes." Figure / TVBS because The public's lack of public morality seems to be the most frequent stop, such as in front of a supermarket or a coffee shop where there are the most cigarette butts, and even people will throw away from the column-pressed windows and on the roof of others' homes. Taiwan produces 34.2 billion cigarette butts a year, and about a third of them will be discarded. However, cigarette filters have chemical components. It takes 10 years to decompose. It is the largest source of marine litter, and the nicotine and tobacco poisons contained in it can even Affect the environment, people can stop throwing it away, even though they can't see it, they have a big impact on the environment. 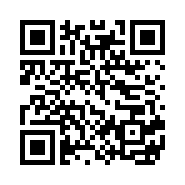