The victim said that the water in this gully will accumulate every time it rains. Most of the time it is flooded to the side of the tire. Today the rain is too heavy and it is too late to drive out. The water suddenly flooded the car and now I want to open it. There is no way; relatives and friends also said that the ditch was blocked at all, and when it was blocked back, it would be flooded as long as there was heavy rainfall. Nantou County experienced intermittent heavy thunderstorms this afternoon. The floods in Nanpu District of Caotun Town, which would be flooded by heavy rains, surely happened again. Due to water depth and knees, not only flooded into the surrounding homes, but even the cars parked at the square in front of it The water was soaked because the flooding was too high, but what made the residents most angry was that the flooding culprit was suspected to be blocked like a gully. "When the heavy rain comes, the whole area will be" queuing etc. ", said a resident of Li who has lived in Nanpu for more than 10 years. Every time there is heavy rain, furniture and vehicles are completely destroyed. It was flooded in chaos. Today, in the afternoon, the heavy rain came fast and hurriedly, and the flooding speed was faster, so there were residents. Today, it is near Chaoshang, No. 254, Zhongzheng Road, Nanpuli, Caotun Town. The flooding situation is the most serious. The area is flooded with knees. The water is not only flooded into the house from the door, but even from the kitchen drain. Residents had no time to move the car, and the two cars parked at the door of the house were soaked in water. The people pointed directly at the flood ditch in front of the house. Suspected of being blocked by a gutter, the water not only flooded from the gutter on the road, but even overflowed from the drainage hole of the local home. The affected residents reluctantly and angrily said that as long as there was such a heavy rain, the water ran out of the drainage outlet at home. The local people hope that the public sector can improve the flooding problem as soon as possible, and don't let them tremble when it rains. 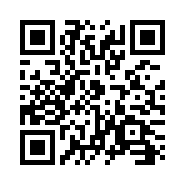