Male "right half body" in the gutter

A 48-year-old man named Hong from Keelung returned home after drinking. When he passed the sidewalk of Anyi Road, he was suspected to have stolen a gully cover, which caused him to step into the air. The "right half of his body" got stuck in the gutter, and was unable to drink due to alcohol. Get out on your own. When a passerby saw the alarm, the police went to help him out of the trap and was taken to the hospital by a fire station ambulance. The police arrived at the scene and found that the lower body of the man was stuck in the ditch and could not move, but he was aware of it and told the police that he had accidentally dropped into the ditch due to the drunkenness. However, it was rainy and cold at night, and the man was trapped. For a long period of time, his legs were paralyzed and he was unable to climb out of the ditch by himself. The police and police pulled together to lift him out of the trap. He reported to the fire station that he would send an ambulance to the hospital for treatment and informed his family to take care of him. The fourth branch bureau called for the night to be dark, and pay special attention to the surrounding environment when walking. You should notify your family to respond after drinking, or take a break to wait for physical and mental recovery to avoid accidents, and remember not to drive after drinking. Do not drink alcohol while driving to ensure your own safety and the safety of others. 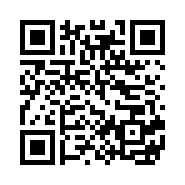