Driving crashed into a gully, suspected of being unwell due to cold

Low temperature appeared in the early morning of the 3rd. At 53:30 in the morning, a 53-year-old man named Wu drove a van through a large turn in Dade 1st Road, Gangshan District, Kaohsiung City. He was suspected to be stuck in a roadside ditch after a collision. Firefighters were reported to have cracked the door with equipment and rescued the injured. Wu Nan was in a coma when he was sent to the hospital. After emergency treatment, the doctor declared dead. Police investigation, Wu's history of men's diabetes, and cardiovascular diseases. Wu Nan set up a stall selling oil rice at a vegetable market. He got up at 3 or 4 am on the 3rd to prepare things. After driving out, he found that because the weather was too cold, his body suddenly felt unwell and he was preparing to stop for a break. Therefore, the speed of the vehicle was not fast when he crashed. However, at this time, the hands and feet no longer listen to the call, they will hit themselves in the ditch. As for the exact cause of the accident, it is still to be clarified after the prosecutor's inspection. Because the turning angle at this place is nearly 90 degrees, police said that in the future, a sign asking drivers to slow down will be placed in front of the turn to avoid accidents. 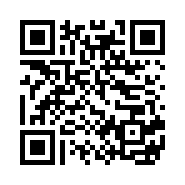