There are two silly corporate bosses in the construction industry in Taichung.https://www.call-master.tw. You Jinzhou and Ke Yan insist on cultivating mud, hydropower, and painting masters for more than 10 years, and they are master craftsmen of Japanese craftsmanship. They have imitated Japan a few days ago. Zuo Guanda held the "Panxing, Guanxi Love, Mud Master Competition" to evaluate the quality and work rate of mud works, divided into three groups of mud teams to select the top three, awarded a total of 100,000 yuan prizes and medals, and finally 9 An outstanding craftsman won, Lin Minghao, Zhang Gaowei, Hong Jian'an, Hong Yankai, Chen Liwei, Xie Yuxuan, Xu Shizhen, Xu Shizhen, and Hong Zhisheng. They averaged their early 20s, and they already have a first-hand mud craftsmanship, turning the traditional stereotypes of earthworkers. A professional craftsman with a professional sense of responsibility and recognition. One of them, a 21-year-old young craftsman, Hong Zhisheng, was originally a physical education class when he was studying in Fangyuan Junior High School. He found interest and aspirations through mud tentative classes. As peers, they are still spending their parents' money, playing electric games, and getting college. When he was educated, he has developed a good craftsmanship, with an average monthly salary of 50K. He has saved the first bucket of gold in 3 years. Hong Zhisheng, who loves to read, usually gets up early at 5 o'clock to study Japanese. He said, "Thanks to the cultivation of Mr. Ke Dong and Mr. You, I have found a clear direction in my life. At the same time, it proves to my family that we are not the imaginary cement workers. We have no bad habits of smoking, drinking and chewing betel nuts. Struggling youth, we believe we can bring change to this industry. " The construction industry has been short of work for a long time, and the masters in the fields of mud work, hydropower, and painting have experienced faults. Fortunately, you have been quietly paid by Yu Jinzhou and Ke Yi to cultivate new craftsmen in various fields with the spirit of craftsmen. In the past seven years, Fangyuan Junior High School has accumulated several sessions of students to learn skills and study life with Mr. Ke Dong, Mr. Master and Mr. You. At present, more than ten students have been cultivated from this place and invested in the construction industry. Alas, although only two or three years into the workplace, the economics of the students' homes have improved and some students have earned the first bucket of life. At present, mud farming classes have achieved good results. Such achievements have inspired many teachers from rural middle schools and the construction industry to join the ranks of craftsmen. In recent years, Mr. You has also successively established hydropower craftsmen's trials in Changcheng County, Dacheng. Classes and tentative classes for painters were set up in Wanxing National Middle School of Changhua County, and I hope that these two tasks can create good results like mud classes. In addition to actively investing in promoting the technical and vocational education in the remote middle school, Mr. You also paid close visits and visits to the Japan Construction Industry Association and the Japan Left Officials Association. In September last year, Mr. You took Guan Guan Ke Dong and Fangzhong Xie President And the little craftsmen who cast their job in Japan went to Japan to visit the Zuoguanda national competition held every two years. 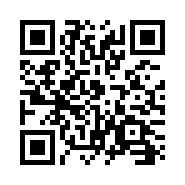