The smelly ditch is clear. Gesanghua is blooming.

In winter, walking along the channel of Binhu Lane, Huchang Village, Guanbuqiao Town, Xian'an District, white, pink, and purple Gesang flowers are blooming. In the canal, the clear and agile currents, combined with the beautiful green roads along the river, constitute a moving ecological picture. Who would have thought that such a beautiful place turned out to be a mess in the past few years. Nearly all residents' impressions of this place were "overgrown with grass, black water, and smelly." "In the past, the environment was dirty, the riverside was covered with wild grass, and the water in the river was black and smelly. Few people stayed here, which greatly affected the image of the city." Wang Zhigang, the village party secretary of Huchang Village, talked about the untreated lakeside alley. The black smelly body of water waved. According to Wang Zhigang, the channel of Binhu Lane is also called Binhu Port, also known as Niulan River. The upstream is a new railway station, Gejiayan and other 3 square kilometers area, and the downstream water reaches Dazhou Lake Wetland Park. This Niulan River channel flows through Gejiayan and Huchang Village Ferry Village. Wang Zhigang said: "When I was a child, the water in the lakeside lane was very clear. Villagers use the water here to wash and cook, but with the development of the city, in recent years, residents' sewage has been discharged into the lakeside lane, and the lakeside lane has changed. It has become a black water ditch that everyone sees and annoys. The color of the river water has changed, and the overall shape of the river has also changed. After the water quality has dropped sharply, the villagers have to switch to tap water. " In recent years, the city has planned a black and odorous water body improvement project in Binhu Port. Through a series of measures including the construction of new box culverts, sewage interception, and supporting construction of sewage lifting pump stations, the sewage from Binhu Port is connected to the Yongan Sewage Treatment Plant to solve the problem Black smelly water problem. Under the leadership of Wang Zhigang, the reporter visited the black and odorous water body construction site under construction in Huchang Village. The black and stinky water here used to flow from Binhu Lane to Dazhou Lake, but now it has disappeared. It has been replaced by a concrete pavement. Boxes and culverts are being constructed under the pavement. Several workers are working on the site in an orderly manner. "Black smelly water has passed through the ground through box culverts and sewage interception facilities, and finally flows into Yong'an Sewage Treatment Plant. It will never be discharged directly into Dazhou Lake." Wang Zhigang said that through the treatment of black smelly water bodies, Huchang Village 1, The environmental sanitation of the two groups has also been greatly improved. "Last year, we could still smell a stinky smell. The riverside was overgrown with waste and piles of rubbish." In the front of Tang Jianjun's house, a group of 67-year-old Huchang Village villagers, there was a clear small river entering Binhu Lane. The river at the door of his house turned into stinky black water, and he felt a heartache. After the rectification, Tang Jianjun smiled with satisfaction. "The smelly river no longer smells bad, and the environmental sanitation around us has been further upgraded." There are also two groups of residents Sheng Jianjun who are equally happy. Sheng Jianjun has lived in Huchang Village for 52 years. The house is facing the river. In recent years, he and his family have been bothered by the black and smelly water. Today, he goes to the black and odorous water treatment site every day to see the progress of the construction period. "After the completion of the road, when the road is clear, the water on the river will be clear, and it will be more comfortable to live." Sheng Jianjun said that he will also have a "basement" where he can often relax. "There is no trace of sewage, the Qingshui River is flowing, the two sides of the river are green, and people are walking in the scenery." Wang Zhigang pointed to Binhan on the lakeside lane and said that now the treatment of black and stinky water not only makes people's living environment better, but also better. The foundation of the city has been laid, and the river in the city will definitely become a beautiful scenery in the future. Reporter's note: The formation of black and stinky waters does not happen overnight, and the remediation is not an overnight effort. As an important body of water that affects villages such as Huchang Village and Binhu Village, the Binhu Lane Canal has changed from the former "thousands of people" to a good place for everyone to praise. Thanks to the government's great efforts to improve the water quality of the canal, The surrounding environment of the canal is gradually getting better. The black odorous water body improvement project planned by our city not only takes into account the key points of black odorous water body treatment, but also takes into consideration the difficulties of the people's lives. The vivid expression of people's feelings is of great significance to improving urban infrastructure and the living environment and living environment of the masses. Only by solving the most important, most direct and most realistic water environment problems of the people, clearing the green environment of the shores with water, and the willingness of the citizens to enjoy the water, can the local people keep their childhood memories and stay Have to live in history. 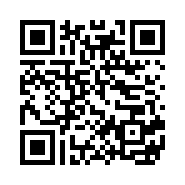