Taiwan is plagued by dengue fever every year. The gutter is a breeding ground for vector mosquitoes. Three alumni, including Lin Chunhua, Product Design Department of Shude University of Science and Technology, have brainstormed to develop a gutter remediation device that can clean up garbage, silt and insect control. This creative highlight was certified by the Polish International Invention Fair and won the gold medal. Lin Chunhua, Huang Huiying, and Su Shiqi, who graduated from the Shudeke Department of Industrial Design, have developed a ditch device that can control insect vectors under the guidance of Teacher Chen Wenliang. This device adopts a separate design for the upper cover, which can be replaced with a different shape, and is equipped with a solar panel, which can provide nighttime lighting and driving safety, and can intercept sludge and garbage through a gutter frame. This multi-functional gutter rectification device won the favor at this year's "Poland International Invention Exhibition" and won the gold medal. The R & D team stated that the key point is that the entire ditch device can prevent insect vectors from entering and exiting, and is equipped with the function of spraying agents to check from the source to reduce the probability of vector occurrence. In addition to this gold medal invention, the "Smart Barrier Warning Device", which was also jointly developed by product design alumni Guo Jiayi, Wu Yizhen, and Hou Yijun, also won the gold medal. The instructor Liu Niande said that this remote-controlled roadblock was developed based on the security of police duty. It includes two parts: a roadblock warning car and a warning sign. The warning sign can be folded and stored in the roadblock warning car. The roadblock warning car can use a mobile phone APP. Car body remote control is also equipped with intelligent automatic action functions. In the future, national highway police can reduce the time for placing signage and improve safety, ensuring the safety of staff on duty. 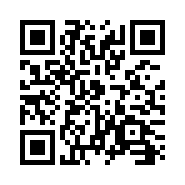