The phone fell into the ditch. 5 or 6 male college students tied their hands.

A male student named Li, who was going to ride home after eating supper at the Taipei South Airport Night Market late last night. I did not expect that the mobile phone in my pocket accidentally slipped when I was driving. The hole in the cover fell into it, so I asked 5 or 6 young and strong friends to plan to remove the drain cover. They thought that they could easily remove the gutter cover to take out the mobile phone, but they were too heavy to carry. They had been around for a long time, but the gutter cover did not move for half a minute. Just as they were ashamed and helpless, at this time, Zhang Hanping, the patrolling officer of the Quanzhou Street Police Station of the Zhongzheng No. 2 Branch of the City Police, happened to pass by, and the male college student surnamed Li begged for help. He saw a solid step on the ditch cover, and then his thick hands sank one by one. After taking a deep breath, he lifted the ditch cover without effort. The male college student surnamed Li and his classmates were stunned and applauded on the spot. Touring Zhang Hanping also half-jokedly asked, "Did you not eat?" Li Nan said that the phone is an IPHONE XR that has been used for less than a year, and the price is expensive. The most important thing is that it contains many important information, as well as precious memories such as photos taken during travel. There was no water in the ditch, plus luck, he met a brave policeman, so that his cell phone could be recovered. 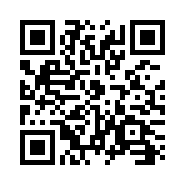