The black-browed golden snake, known as the "most beautiful family snake," haunted the night market! People saw an olive-yellow, black and white snake in the successful night market in Douliu, Yunlin. They ran from the asphalt road to the parking lot next to them, and finally fled into the ditch. Other netizens saw the supplement "Conservation of snakes, non-toxic, please do not hurt it." Some people have witnessed a black-browed golden snake crawling on the road. Today (11), a photo was taken on the Facebook group "Douliu Humanities Social Circle" PO, exclaiming, "Successful night market is still a conservation species," and left a message. District added in response that the fire department said it could not be killed and would be fined 300,000. Netizens were quite surprised when they saw it, "How can they appear in the night market parking lot?" According to a previous report in this newspaper, the black-browed golden snake is a non-toxic large snake, and it has been classified as a conservation animal. Because its habitat overlaps with the area of ​​human life, it often appears near its home and gets the title of "the most beautiful domestic snake". The black-browed snake is not toxic, but it will still attack humans when it is in danger. It is recommended that when it is encountered, it is more appropriate to inform the fire station to deal with it. Do not kill it to avoid violation of the law on movement protection. Article 42 of the Wildlife Conservation Law stipulates that those who harass or abuse conservation wildlife may be sentenced to a term of imprisonment of not more than one year, detention or division or a combination of NT $ 60,000 to 300,000; as a result of which death of wildlife, A fine of NT $ 100,000 to 500,000 for a term of imprisonment, detention or division or combination of up to 2 years. 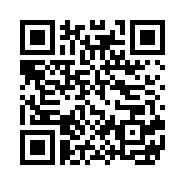