The ghost gate opens in July of the lunar calendar, and it is easy to be frightened! This morning (6th), Chiayi County Councillor Lin Yiting went to the cemetery near Yixing Village, Shuishang Township to investigate. He was surprised to see a "blonde female body" with red lips and red nails in the ditch. The people who saw it thought it was a female corpse In the ditch, sweat was scared. I took a closer look and found out that it turned out to be only one abandoned dummy model puppet, which made the parliamentarians scared to call the discarded person "deficient"! Lin Yingting Facebook article. Photo / recaptured by Lin Yiting, a Facebook Member, who posted a PO post on Facebook today, saying that she had experienced a "Ghost Moon Horror". In the morning, she and her assistant went to the cemetery of Shuishang Township to investigate the silt blockage in the ditch. In the ditch under the bridge, a lying human body with "red lips, red nails, and blond hair" was shocked. It scared everyone into thinking that it was an abandoned female corpse, but after a closer look, it turned out that it was only a fake model that had been discarded. "Blond doll," a false alarm. Fortunately, it is only a puppet, not a murder case. However, when seeing this picture in Guiyue, it is unavoidable to feel groggy. Lin Yingting was also angry and said, "Littering trash is very unethical. It is even more discarded in Guiyue. Deficiency! "And thrown in the ditch beside the cemetery, it really scared anyone who saw it. As soon as the article came out, it caused a lot of discussion among netizens. I don't know if the discarder just throws it at random, or if he wants to prank and scare people. But regardless of the mentality of discarding, littering is really 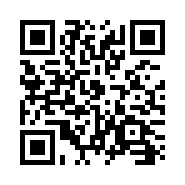