The Taichung Fengyuan Water Resources Recovery Center was completed at the end of last year and is currently in the acceptance stage. It is estimated that the first phase of construction can handle an average of 18,000 tons of sewage per day. The user takeover project will be started next year and will be handled in three phases. The first phase can be collected. Fengyuan District's 15 li of about 412 hectares of domestic sewage is expected to be divided into three to four standard projects. The first standard project includes three miles of Nanyang, Tianxin and Toyota. It is expected to take over 3339 households to improve environmental quality. Taichung Fengyuan Water Resources Recovery Center started construction in August 105 and was completed in November last year. It is currently undergoing acceptance. Fengyuan District ’s sewage and sewer system is handled in three phases. The first phase of the project includes 15 miles in Fengyuan District, starting from Nanyangli and Tianxinli on the east side of the railway. The second and third phases are to promote the takeover of the remaining 21 miles in Fengyuan District. It is expected to be completed in 124 years of the Republic of China, with about 45,043 users taking over. The Municipal Water Conservancy Bureau said that the current sewage takeover rate in Taichung City is 19.03%. The user takeover has many advantages, including improving the side odor, eliminating the need for pumping fertilizer in the septic tank, blocking the back alley drainage, and preventing cockroach insects and ants. Climbing into the house from a drain pipe will help prevent infectious diseases and improve the quality of the home environment. The Water Conservancy Bureau pointed out that in order to encourage users to take over, the city government currently provides incentives. As long as the public clears the additional lanes or obstacles within the designated period, the minimum construction width of one side of the building is 75 cm and the width of 150 cm on both sides. It is free for users to take over and remove septic tanks, and improve the drainage of back lanes at the same time. However, if the building is illegally built and fails to cooperate with the vacated construction space and other residents, it will be reported to the illegal construction project for handling. A series of briefing sessions were held for the citizens to promote their cooperation. The Water Conservancy Bureau reminded that the user's takeover is mandatory by law. According to Article 19 of the Sewer Law of the Construction Department of the Ministry of the Interior, except for those approved, domestic sewage in the announcement zone should be discharged to the sewer, and no takeover is required. In order to avoid relevant penalties and affect their rights and interests, they must do so within the time limit. 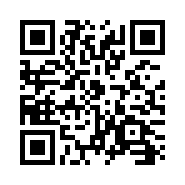