Embankment roads on both sides of the interceptor ditch in Changhua City of Changhua City were closed due to flash floods caused by heavy rain, causing cracks and subsidence on the north side of the road. Similar road closures have become the norm and cannot be repaired. The County Office of Public Works indicated that the county government has sought central subsidies and self-raised funds totaling more than 2.6 billion yuan. The roads on both sides have been widened. Office hearings are scheduled for the end of the year. Construction will begin in the second half of next year. It can be completed in about 2 to 3 years. In addition, access to Nanchanghua and Huatan Township is also more convenient. Changhua City ’s Dapu interception ditch is an important mountain flood prevention and drainage system in Changhua City. The embankment roads on both sides are shortcuts for the National Taiwan University of Science and Technology to Changhua Interchange, crossing Dapu Road and Zhongshan Road. Important roads, usually traffic is very heavy. However, Dapu interception ditch is often flooded with bank protection, causing bank roads to sink and crack, endangering bank protection and traffic safety, and the north side road section was closed for construction in the first half of this year. Unexpectedly, recently Typhoon Liqima and successive heavy rains invaded again, the water in Dapu Duishui Gully was surging, the road section cracked and subsided on the north side, the county water resources office was closed again, and passers-by had to detour to complain. Wu Wensheng, deputy director of the county water resources department, said that when the Dapu interception ditch was flooding, it was easy to scour the earth and rocks at the turn. In the long run, it is necessary to cooperate with the county office of public works to develop the Dapu interception ditch bank road widening project to effectively improve it. The funding for the Dapu interception ditch widening project was 2.68 billion yuan, of which 81% was won by the former county magistrate Wei Minggu from the central government, while the Changhua county government raised 500 million yuan by itself and was promoted by the county chief Wang Huimei. The starting point of the widening project is the Changshui Bridge of Line 19, crossing the National Highway No. 1 to the east and crossing the longitudinal railway. After crossing the line, it crosses the Provincial Highway and Taiwan Line No. 1 and County Road No. 137, etc., and ends at Zhongxing Intersection, with a total length of 4.5. Kilometers. Lin Hanbin, director of the County Public Works Office, said that 10-meter-wide double-lane roads are arranged on both sides of the north and south banks of the embankment, and cantilever retaining walls are configured on the other sides of the embankment roads to avoid large-scale demolition and land acquisition. Crossing Zhongshan Gaojiang will cross the way, and the crossing railway will be cut through excavation, and the box culvert way will be used to cross Zhongshan Road. Due to the large undulations and arduous engineering, advanced engineering methods will be used to overcome and reduce the impact of traffic impact. Lin Hanbin said that the Dapu interceptor ditch road widening project is currently undergoing detailed planning. A public hearing can be held at the end of the year and construction is scheduled for the second half of next year. In addition to effectively improving the road traffic congestion problem in Changhua City, it will also connect with the Yangzi River Creek Embankment. The road can go west to Taiwan 17 and Taiwan 61 lines, constructing the North Heng Road Corridor of Changhua County. Industrial areas and attractions along the line can benefit and drive local prosperity and development. 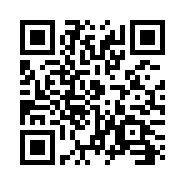