A few years ago, crossing the Purple River was a smelly ditch

At 9 o'clock, after sending the last wave of tourists, Huang Cuicui, a tour guide on the Purple River, came home from work. Riding by the river and smelling the flowers all the way, she occasionally thought of the famous "stinky water ditch" in Changde City in the past. Changde City, Hunan Province, located on the bank of Dongting Lake, is known as the "Water City". The rivers in the city are dense, and crossing the Purple River is one of them. This river sparked the poetry of the Tang Dynasty poet Liu Yuxi. It was a business card for the beautiful local environment, but it also encountered pollution problems. "Crossing the Zihe River a decade ago was a stinking ditch," said Su Jun, deputy investigator of the Changde Forestry Bureau. "Nighttime trips to the crossed Zihe River after the treatment has become a check-in project for tourists to Changde." In the 1980s, multiple factors such as industrialization and urbanization were intertwined. The Zhuangzi River became stinky and black, and a few meters high concrete dam cut off people from water. The beauty in Liu Yuxi's poems is gone. The smell of wearing the Purple River has made the inconvenient life of more than 300,000 residents on both sides of the Straits, and it also hurts the nerves of the Changde City Government. In 2004, Changde set its sights on the world and learned from Hanover, Germany, a city that is at the forefront of urban water management. In the same year, the "Asian Water Environment Project Aided by the European Union" was launched in Changde, and urban water treatment projects were officially advanced. The important reason for the black and odorous water passing through the Purple River is that the rain and sewage are not completely diverted. With the "prescription" of the Hanover Water Association, Changde City has renovated the terminal port along the line to avoid rain and sewage from the source. At the same time, the Chuanzi River is connected to Liuye Lake at one end and connects to the Minjiang River, a tributary of the Yangtze River, and the river flows again. Nowadays, when people walk by the Chuanzi River, they will see a reed pond with a size of every one kilometer. This technology, called artificial ecological filter, is widely used in European countries. Local environmental protection department inspection data showed that the chemical oxygen demand (COD) of sewage decreased from 80 mg / L to 28 mg / L after absorption by the roots of reeds, and the water quality was greatly improved. After more than ten years of hard exploration and various effective measures, the 18-kilometer penetrating Zihe River restored Liu Yuxi's "White Horse Lake Pingqiu Daylight, Zi Ling as Jincai Soaring", and became a good place for citizens to take a leisurely walk. In 2013, the Chinese government proposed to build a "sponge city." Two years later, 16 cities were selected as pilots in the country, and Changde, with extensive experience in urban water treatment, was one of them. The "sponge city" construction concept of natural accumulation, natural penetration, and natural purification is in line with the technology and experience of urban water treatment in Changde for more than ten years, and the relevant policies and measures of the "sponge city" have also added support and confidence to water treatment in Changde. . Having tasted the technological sweetness of foreign countries, Changde attaches great importance to technology in advancing the construction of the "sponge city", and actively cooperates with colleges and universities to set up a sponge city engineering technology research center and a biological and wetland research institute, which has spawned a number of new technologies. In recent years, Changde has been at the forefront of the progress of "sponge cities" across China. Every practice with Changde characteristics also allows foreign figures who come here to learn from experience, from scratch, from little to more. This Chinese "water city" has begun to exchange experience on the international stage. At the end of March last year, the technical exchange meeting of the Sino-European Level Taiwan Cooperation Project was held in Changde. The EU delegation came here to “learn lessons” around urban water control experience technology and related policies. Kong Yanhong, deputy chief engineer of the China Academy of Urban Planning and Design, said that Changde's water management experience, path, and public participation are representative and unique, and can provide a Chinese paradigm for the international community. In October last year, Changde was awarded the first batch of "International Wetland Cities" and signed a memorandum of cooperation with WWF. At this meeting, many experts said that urban water governance is a common problem facing humankind and a hot spot in the international community. The effective experience that Changde has explored in urban water governance and wetland protection is worthy of reference by countries around the world. "WWF will also extend Changde's management experience and successful examples to the international community," said Muluwen Dean, director of WWF's global freshwater policy. 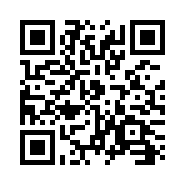