Taichung Taiping Ditch blocked? District Director: It is silting and proceed to eliminate

Hundreds of large communities opposite the National Army Taichung General Hospital, Taiping District, Taichung City, recently the gutters were stink and often overflowing. Taili, Changshan, Zhongshanli, and the staff of the environmental protection bureau in the morning thought that two gutters were blocked by cement. It was unable to connect to the large drainage ditch in the second section of Zhongshan Road. However, after further investigation by Xu Guifang, the mayor of the district, it was initially found that the drainage ditch in Lane 399 was seized for a long time, resulting in the inability to discharge water. Xu Guifang pointed out that due to the location of the ditch below the large drainage ditch of the second section of Zhongshan Road, the ditch water was not discharged into the large ditch of the second section of Zhongshan Road, as residents suggested, so as not to be flooded by the large ditch, and It has its own drainage system. So it's not blocked, but it's not accessible. However, the ditch in the community will be stink and often overflow. It is initially found that it is caused by the long-term deposition of the drainage ditch in Lane 399, which causes the water to be unable to be discharged. As to whether there are other reasons, the siltation in this place must be removed first. , And then check other places. Xu Guifang, it will take several days to clear the silt, and since the comprehensive inventory has been carried out, he will ask the Agricultural Construction Division of the District Office to take advantage of this opportunity to document the local drainage ditch route in a plan drawing so that it will be relevant later. You don't have to start over from scratch. 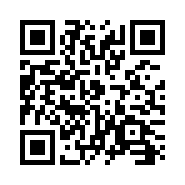