The Kaohsiung Ditch has not been clear for many years.

Yesterday, the Kaohsiung Environmental Protection Bureau Facebook issued multiple photos of dredging, and said that there are currently up to 200 flood-prone areas in Kaohsiung City. The cleaning teams in each district of the Environmental Protection Bureau will complete all road side trench clearing before the flood season in May. Drain holes and clear leaves and debris on the ditch cover. A netizen was shocked when he saw a photo of Qingshuigou. "How long has it been cleared? I feel like I can plant trees in it." Last year's 823 heavy rains caused severe disasters in Kaohsiung City. The collapse of the scaffold caused 3 deaths and 6 ships were stranded in the sea area of ​​Kaohsiung Harbor. There were 228 reports of accumulated floods in Kaohsiung City. Kaohsiung ’s explosion of the 5,000-day pit and its deep-seated popular grievances were one of the reasons for the DPP ’s defeat. The Kaohsiung City Environmental Protection Bureau released a number of dredging photos on Facebook yesterday, saying, "At this moment, sweating the ditch and clearing the rain!" At present, there are as many as 200 flood-prone areas in Kaohsiung City, and the districts of the Environmental Protection Agency are clean. Before the flood season in May, the team will clear all road side ditches, drain holes, and remove leaves and debris from the ditch cover. Even in the future flood prevention period, the Environmental Protection Agency will monitor the weather information at any time. Once a special report of typhoon or heavy rain is issued, it will notify the cleaning teams in each district in advance, and inspect the flood-prone sections, drains and drainage holes in the low-lying areas within the jurisdiction to strengthen The surrounding garbage is cleared to ensure smooth drainage and prevent the accumulation of water due to heavy rainfall. In the first photo of Qingshuigou, the silt looks very "fertile". Netizens from the "Korea Yoga Support Association" forwarded the photo and was shocked. "How long has this ditch been cleared? I feel like I can plant trees in it." Others I saw and said, "No wonder Kaohsiung will be flooded. Where does the central government ’s annual cleaning funds go? Kaohsiung people have to keep their eyes wide open. What is the date of the Democratic Progressive Party ’s decades in Kaohsiung? Do n’t be lied again in 2020 Deceive, Kaohsiung people cheer "," Too exaggerated "," Exaggerated to no one! You can plant trees! " Netizens left a message "Hahahahaha! Do not call the gutters instead of soil ditches", "Dayu governs water. Praise", "This gutter is really as dirty as the Democratic Party X, you work hard, these workers", "Such If the water ditch is in front of your house, will you vomit blood? I really admire the mother ’s credit. The former planted trees and the posterity enjoyed the coolness (tired death). "No wonder Kaohsiung will collect water." It is the city's most basic protection for the people. Why the former Korean mayor that the current Korean city team can do is so indifferent. No wonder Kaohsiung will be so badly damaged after the heavy rain last year. "" Wow! This ditch is too scary I really do n’t know that your Kaohsiung people did not feel this way before. It turns out that the Democratic Progressive Party really does superficially, and the grassroots can hardly see it. " 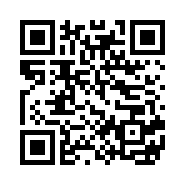