Kaohsiung City ’s Xinxing District recently appeared with a golden gutter cover, with dragons and phoenixes printed on it, and a version of Kaohsiung Mayor Han Yu. The founder turned out to be the local DPP leader, and he did not deny that it echoed South Korea ’s Yu Kaohsiung "Cai" slogan sparked a discussion online! Some people are sour: "Kaohsiung even gilded the ditch cover, and really made a fortune." Others said that it looked like "golden paper". Let Mayor Han Feilong be in the sky? The leader of the Democratic Progressive Party created the "Kaohsiung Golden Ditch Cover" There are four golden gutter covers on Fujian Street and Jinmen Street, Deshengli, Xinxing District, Kaohsiung District, printed with the Q version of the mayor of Korea holding a cute pattern of Shiba Inu, surrounded by a dragon and a phoenix. Wu Sanxiong immediately kicked off a group of discussions because he was a member of the DPP! Because netizens questioned Wu Sanxiong was making a fart, but he was a member of the DPP and would not respond to such a thing. According to the "New Head Shell" report, Wu Sanxiong had previously built similar gutter covers, which he claims to be deodorant and dengue-resistant. This time, he changed the color and used the Q version of Korean Yu to hold the puppy pattern. It ’s also expensive. An asking price is more than 1,800 yuan. After the mayor sees it, he can promote this easy-to-use gutter cover. Many people have joked and said, "Kaohsiung is really rich, even the gutter cover. Metro Gold 999. " "Golden ditch cover" was sour by netizens: Kaohsiung really made a fortune! Unexpectedly, there was a wave of "congratulations" on the Internet! Netizens straightly said, "Kaohsiung is really making a fortune", "Zan Zan Zan should go to the Holy Land to visit", and some netizens reminded that the drainage holes of this gutter cover are small. Once the rainstorm strikes, I am afraid the rain will leak If you do n’t, it ’s easy to flood. Kaohsiung citizens will be unlucky, but after the flood, the furniture industry and the automobile industry will really make a fortune! However, some netizens also said that the gold-plated "expensiveness" looks strange, "it looks a bit like gold paper", "this should not be a deliberate digging," and criticized "their own patents must be paid by the people" "The Facebook page" The Diary of a Little Saint Mosquito "also poked out the gutter covers of various countries, and the beauty suddenly made a verdict! At the same time, some people on the Internet also discussed the "function" issue. "The scum text of Special Express Xiaozhou" questioned: "Isn't this a drainage hole? Covering the drainage hole by eight-ninth is a brain hole?" May be too late. 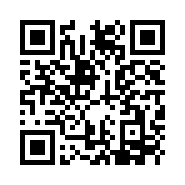