The cow fell into the ditch.

A cow fell into the water ditch next to the Buddha Temple in Sigou Shui, Wanluan Township, Pingtung County. After being informed by the network patrol of the Neipu Police Branch, he rushed to understand and found that a cow was stuck and moved. No, there were nearly 20 people watching, seeing its pain and tears in the eyes, the police contacted the tow operators using 3 slings. They used the power of the "nine cattle and two tigers" to pull it up and out of trouble. The whole audience was excited and cheered. "Neipu Township" Facebook posted a post in the early morning of the 29th of last month that a cow fell into the ditch next to the Sifushui Buddha Temple in Wanluan Township and immediately dispatched Pan Chunfeng, deputy director of the Neipu Institute, Police officers Li Jiaxiang and Yang Shangwen arrived at the scene and found that on the industrial road to Wanluan Bridge, a cow fell into a narrow ditch with a depth of 2 meters. The whole cow was stuck and unable to move. The judgment has been ditched for many days. ▲ The Neipu Police in Pingtung County, together with firefighters and towing operators, used ropes to rescue the cattle that were trapped in the ditch, which made the public praise. (Photo / Photo by reporter Chen Kunfu) The huge body is as heavy as Mount Tai. Despite the police and the people at the scene how to make efforts and comfort, the cow is still indifferent, watching it look painful, tears in his eyes, dying, really distressing and anxious the people present. The police hurriedly contacted the civil tow industry to come to the scene to assist. After lowering the two slings, they caught the front neck and hind legs one by one, and slowly pulled up. Seeing that they were about to succeed, they were worried that the slings would break the neck of the cow. . After some discussion, it was decided to lift the cow slightly, and use the third lanyard on the cow's body. The cow was slowly and safely pulled up before, during, and after the moment. cheer. The police and the tow truck placed the cow on the tow truck, carried it to the turf where it usually moves, straightened and adjusted the body to a sitting position, and then left in peace. However, there are still many netizens who are concerned about the safety of the cattle. In the early morning of the next day, the Neipu police returned to the scene to shoot a short video and leave a message saying that the cattle had begun to eat and also found the owner to give proper follow-up care. Please rest assured. Netizens praised and posted thanks to the police for their enthusiasm for rescue and successfully rescued the trapped cattle. Sub-director Cai Yaoshun said that my colleagues took the initiative to reach out and cooperate with the firefighting and the public to complete the task of "rescue the cattle and cattle", which is the best model of positive energy transmission in society. 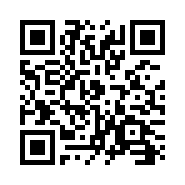