Horse "lost"? Rescued safely in a gutter with a crane

The steeds raised in the home of the Huang family in Lucao Township, Chiayi County. At about 5 pm today, when the hostess rode out of the horse, they accidentally fell down the roadside ditch. The snake-crawling and wildlife rescue team arrived at the scene and rescued the horse safely after 30 minutes of rescue by crane. Xu Shaotang, the person in charge of bee-catching and snake catching in Chiayi County, said that he received a report from the fire brigade at about 5.50 this evening. "Horse", when the team members were informed that they wanted to save the horse, they all wondered if the horse was "lost." Rush to the scene immediately to rescue. "I thought the situation was not optimistic!" He said that when he arrived at the scene, he found that the horse was lying stuck in the ditch, there was no force point, and he would not move at all. He was really worried about the horse's condition. Because he could not rely on human rescue, he immediately requested crane support First, stabilize the horse with a rope, slowly lift it to the right, and finally rescue the trapped horse. Xu Shaotang said that fortunately, after the horse was rescued, there was only a small abrasion on the body. The hostess took her a few steps without any problem. She thanked everyone for help and everyone was relieved. 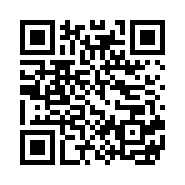