Cell phone lost the ditch! She cried "how can you be crazy about love"

A woman in Keelung dropped her phone by the side of the road and was picked up by a passer-by and dropped into a ditch. A woman in Keelung accidentally lost her mobile phone on her way home on her birthday. She found it when she arrived home, so she hurried to the police station and later used the built-in positioning function of the mobile phone to successfully locate the mobile phone. However, the woman did not expect to have a look at the scene. , But found that her phone was thrown into the ditch, and the entire phone screen was broken, which made her quite distressed. She was so angry that she yelled "how can the iPhone be picked up casually", but this sentence accidentally caused a netizen to attack and thought that she I did n’t take good care of the things, and I could n’t blame others. Some netizens screamed, “Is n’t it possible to just pick up the iPhone? The owner of Keelung lost her mobile phone and went home by bike on her birthday. It was suspected that she had accidentally dropped by the road when riding her bicycle because she hadn't noticed her phone in her pocket. The function found the lost location, but when the woman went to the scene to see it, she couldn't find the trace of the mobile phone. She and the policemen looked at the monitor screen along the way, and finally found that the mobile phone was actually picked up by a man, but the other party did not occupy it and did not take When I arrived at the police station, I threw the phone into the ditch beside the road. After seeing the picture, the woman was so angry that she was really stupid. Finally, with the help of the police, she successfully opened the drain cover and retrieved the lost mobile phone. However, the mobile phone was thrown into the drain due to the collision. The whole screen was broken, and it cost 8,000 yuan to repair it afterwards, which made her quite dissatisfied and complained angrily, "My birthday phone is still missing today, and then it is lost even if I do n’t see it, and it ’s an iPhone. go". At present, the police also locked the man who lost the mobile phone through the screen, which will further clarify the reason why he randomly dropped the mobile phone. Many netizens felt that the man ’s behavior was very meritorious after seeing the news. “Intentionally, it ’s too ridiculous.” “He may have wanted to take it home and use it, only to find a crack before he lost the ditch.” However, some netizens thought they were lost The woman ’s mentality of the mobile phone also has problems. According to the logic of the woman, “I can lose the Android?”, “He did n’t pick it up, just throw it aside”, “Is the iPhone very shy?” "She said she lost her cell phone herself, and did not meet any kind person to pick it up. She didn't need to stress that she took the iPhone, but it would cause netizens' dissatisfaction. 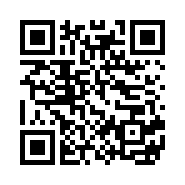