Strong man goes out to work on holiday,Planted into a gutter and died

A 22-year-old man with a surname of Huang from Chiayi was going to work near Chiayi County House this morning. When he passed the Qizitou section of the water township, he crashed into a roadside ditch for unknown reasons. Signs of life. He was pronounced dead after being sent to a doctor. It is understood that Huang Nan went out to work near the county government at about 7:30 am today. He suffered a self-crash accident due to unknown reasons. The locomotive was pressed into a 40-cm-ditch water depth. The police inspected him in the afternoon and pointed out that his head was blunt. Force injury, death due to traumatic shock. A witness who surnamed Chen said that at that time, he heard the impact of a suspected car accident outside the house. The man was not found when he went out to check, but he turned around and left for a short time. He heard a nearby neighbor shouting "Someone fell into the ditch", so he returned to the scene to see It was discovered that the man had been trapped in the ditch by the locomotive, and the neighbor immediately reported the case. From the monitor's perspective, when Huang Nan rides past the place, he keeps shifting to the right, and after the car crashed into the ditch, he hit the bridge pier helmet and sprayed, but the man fell into the ditch; firefighters arrived at the scene and hurry The man was carried ashore and found that his nose and mouth were bleeding and showed no signs of life. He was declared dead after being sent to the hospital for emergency treatment. 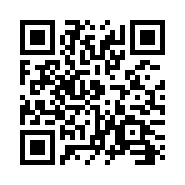