Many people also accidentally stuck the center pillar or side pillar on the manhole cover or the gutter cover when they encountered the parking lot. As a result, they also called the police to deal with it. Gao Zhenxiu, deputy director of the Taiwan Police Rights and Equality Association, an experienced corporate legal person He said that because he helped passersby too many times, it took them only 3 seconds to move out. He revealed, "A lot of people will always use pull. The real trick is to move left to the end, then to the right, and finally Move to the center, and then pull straight forward, and come out in 3 seconds. " Every year the Dragon Boat Festival Dragon Boat Race, all local authorities organize team competitions. Among them, the police stations and fire stations in counties and cities are always exciting. It makes one wonder that the police and firefighters usually work hard. For them, the dragon boat race is a physical training, tacit training of the team, and the cultivation of honor. Therefore, from March or April each year, many young and strong police officers and firefighters compete to join the dragon boat team. , But due to the limited number of places, it is not possible to plan. However, participating in the dragon boat race is not the training or affairs that the police and firefighters should cooperate with, just as the police are not obliged to lend money to the people, and they are not obliged to help the people buy fuel to refuel, etc., but they all serve the people with this enthusiasm, but There are still many grassroots who have been miserable by "policy." In addition, the grassroots police said that many people and even officials think it is the police's job to detect and escape fugitive workers, but in fact, it is the work of the special team of the Immigration Department, and animal protection (animal abuse) and environmental protection (dumping waste) ) And so on, there are exclusive units responsible for making policemen sigh, "I don't know why, silently they have become the work of the police." Police officers also responded that there was an "immediate care" business, which mainly applied for 10,000 to 30,000 yuan in relief for the people in emergencies. As a result, the performance of the police was better than that of the Social Bureau, and the news has been on the grassroots level. Puzzled; there is the "Chuanzi plan" in the past to provide temporary public money to take the train to the police station for help, as a result, many grassroots police lend good intentions, but there is no return, they can only think of themselves and let the plan Reduced to "lack of money to borrow money from the police." Some grass-roots police said that they lost more than 3,000 for no reason. In the month, they could only save money and save money. They thought, "I want to talk about it, the people are in trouble, we can help if we can do it." But some police officers have borrowed money. To many foreign tourists, these tourists immediately remitted and repaid immediately, so that the police officers still kept "good thoughts" on people. Police officer Gao surnamed that there was a rehabilitator who had just released from prison and had no money to go home or to eat. He lent him 1,000 yuan. Although he did not return it afterwards, he did not commit a crime in the jurisdiction and let him. Very moved. 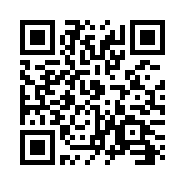