There are 4 printed blue dragon, phoenix, and Q version of the Korean Yu Mai Cailang pattern gutter cover on Fujian Street and Jinmen Street in Deshengli, Gaoxing District, Gaoxing District, which immediately caused the issue. Mr. Wu Sanxiong, the deputy director of Desheng Li, denied that the mayor of Han was flattering, because the drainage holes were reduced by about half compared with the general trench cover. The ditch cover of the "fat fortune" was painted golden, and there were dragon and phoenix patterns. Some Limin felt that the Limin Progressive Party Member was like a mayor of the mayor of Han, highlighting the helplessness of Li Mayor's construction for funding. The interpretation seems to be a metaphor that Han Lao wants to add a robe, but also ridicules that Han Ji wants the Kuomintang to call him to run for the 2020 presidential election. Li Min interprets them separately. Within 5 meters, there are at least 3 or 4 shapes and colors for the cover, which is dazzling. Li Sanwu explained that he echoed the mayor of Korea ’s Dacai slogan before spraying the ditch cover into gold. He was questioned for making Korean farts. Wu Sanxiong responded that it was impossible, emphasizing that he was a member of the DPP. Because Limin suffered from dengue fever and found that there are many problems with the traditional cast iron gutter cover, he found a construction unit to switch to steel and seal the mosquito and deodorant gully cover. He sought funding to install it in the interior. "Dacai" ditch cover, as well as pink gutter cover and original cast iron ditch cover. The city government said that due to the characteristics of the trench cover is twice as expensive as traditional cast iron, coupled with patent and trademark issues, it is also necessary to prevent the labeling. If it is difficult to apply it widely, although the Deshengli trench cover does not have a uniform type, Color, but as long as it does not affect normal drainage, the city government will not interfere. As for the prevention of dengue fever, it is still necessary to clear the ditch, and use closed ditches to cover up the symptoms and tack the symptoms. 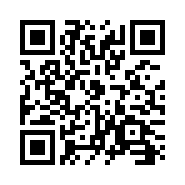