There were extensive paddy fields around Xinyi District in Beishi, which is an ancient topic after the old tea. Recently, a lane was digging in an alley in the 2nd section of Xinyi Road. Some people caught two wild yellow crickets in a narrow ditch in front of a convenience store. At the same time, they also saw wild louses swimming in the ditch, reminiscent of the days when they were native inhabitants of this land. In an interview, Mr. Huang Guohuang, a citizen of the North City, said that he passed the alley around Xinyi Road in the middle of the month, and saw the yellow figure flashing in the small ditch being excavated before 7-11. He couldn't believe it. In this small ditch with a width of only about 40 cm, there were wild yellow croakers of different sizes. Da Hidden in the city, fishing alone in the downtown area People with a surname of Huang have been fishing for decades. In the face of such a rare situation, he couldn't help itching, so he took out related equipment to make a simple fishing group, and then went fishing directly in the ditch in the downtown area. After a while, there was really a rhubarb meal that swung its head to bite the bait, and hooked out water with ease. When asked about the bait he used to catch the yellow cricket, Huang Guohuang said excitedly, "You asked the key, that is, the hot dogs at the alleys 7-11." He speculated that because the sturgeon is not a good swimmer, it usually has a fixed den. This rhubarb that has settled in the ditch before 7-11 may have eaten hot dogs in the past, so it is not unfamiliar to the taste. Hooked. The louse is now on the edge Huang Guohuang said that in addition to sturgeon, he had witnessed a large body lice wandering in a narrow ditch during fishing, but his movement was rapid and he was already hidden in turbid water when he wanted to shoot. He said that he had returned to the scene to find the tick, but because the project had been successfully completed, the ditch was blocked, and he had no chance to meet the wild tick in the sewer in the downtown area of ​​Beishi. Witnessing the Rise and Fall of Old Citizens Huang Guohuang said that the catfish caught on that day have been returned, and because young juvenile catfish have been seen during fishing, they are expected to have stably reproduced in the local ditch and there is no shortage of survival resources. Huang Guohuang admits that he has fished for so many years and has never seen wild catfish in the past. He never thought of catching the first wild catfish in his life in a busy city ditch. He speculated that this group of catfish may be counted Ten years ago, when Beicheng was still spread over a large area of ​​farmland, it had multiplied from generation to generation, silently witnessing the prosperity and decline of Taipei. 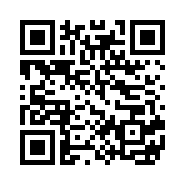