The environment has been severely damaged. Nowadays, fish and shrimps are to be found in the ditch like heaven and earth, but a spectacle recently appeared in front of the Changhua County Police Station. Adults, children or squatting or lying on the ditch cover, holding fishing nets towards Some people fished hundreds of guppy guppies in just half an hour. Some people said that in the past, they could only see this kind of scenery in Japan. I did not expect to see it in Changhua city. There may be as many as tens of thousands of guppy in the ditch around the station. "There are guppies in the gutter. Hurry up and catch them!" Many people couldn't believe it at first sight. The drainage ditch around the Changhua County Police Department that collects waste water from the people's livelihood. Such as colorful, beautiful degree is no less than the guppy fish sold in the aquarium; fishing, fish farming seems to have become a national movement recently. Nearby residents pointed out that guppies were passed around in the drainage ditch around the police station. Ten to ten hundred have been transmitted. So far, it is unknown who was the first discoverer, and who actually released it first, may be next to the police station. The drainage hole of the lotus pond is connected with the drainage ditch. The guppy flows out of the lotus pond and breeds naturally. However, I did not expect that it would multiply in large quantities. Now the entire drainage ditch is full of fish, and the number may be tens of thousands. Some people say that since the gutters are full of guppy, mosquitoes seem to be fewer, because the guppy will eat the larvae of the mosquito, the ditch in the gully is almost completely eaten by the fish, and the environment has improved a lot. Looking into the ditch, the burst of guppies swims like a star in the ditch. Don't think that it looks bad when it grows in an unclean drainage ditch. Adults are almost colorful at each end. They have red, orange, yellow and green colors, and Gold and silver embellishment, the fan-shaped tail fins sway, pleasing to the eye. Because it is readily available, most people only fish for large fish, and do not catch small fish, so that the fry can grow up in the most suitable environment. Some people say that the guppy fish picked up from the drainage ditch has better vitality than those bought from the aquarium, and does not need to change the water often, even if it is not fed for several days, it does not matter. 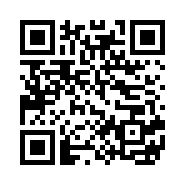