"Rescue me" headphones fall out of the ditch

Bluetooth headset Airpods fell into the ditch, should I pick it up? A woman in New Taipei City met with a friend in the Xinzhuang Sports Park for a few days ago, but when passing by the sidewalk, a group of Bluetooth headsets costing more than 4,000 yuan suddenly fell into the ditch. The owner was so distressed that he decided to reach out and fish. Think of your arm stuck in the hole. Picture / TVBS The long spudger is tapped and beaten. Each tapping must be quite accurate, because the drain cover under the bottom is stuck in the hand of the young woman and cannot be pulled out. The arm of his right hand was all red, and he still had a dilemma. He was lying on the ground crying and laughing. The police spent a lot of effort to make the gap in the gutter larger. Drunk the oil and finally got out of sleep, but the whole arm was wet and sticky. What exactly was to be picked up? Reporter Li Jie: "The woman was hanging this headset at that time and came to this place to exercise. I didn't expect that the headset suddenly slipped into the ditch. She reached in and wanted to fish, but she couldn't get out if she could reach in." Xin Yating, a member of the Xinzhuang fire branch, said: "Her hand has been caught in this place, stuck in a concrete trench cover, and then she got stuck in order to pick up things, and then she wanted to reach out, but she couldn't reach out. It was originally to pick up Airpods. The unit price was not cheap. A group of at least 4,000 or 5,000 yuan. It was a great distress. I didn't expect the woman to think that she would pass by her head and reach for her, but stuck herself in Xinzhuang Sports park, sidewalk gutter cover. Picture / TVBS Others: "Many people run, they haven't dropped, personal relationship, running relationship, because some people, the frequency of that swing is not the same, and then the amplitude of his movement is also relatively different." In order to make the action more Convenient, Bluetooth headsets are becoming more and more popular. Airpods is more than 4,000 yuan and Xiaomi is 750 yuan. If you want to be more fixed, there are also ear-hook and sports Bluetooth headsets. It ’s just a small thing, and I ’m afraid of falling into the ditch. The Environmental Protection Agency found two sets of Bluetooth headsets in the ditch this year. The warning reminds that the hole in the ditch is not large, and valuables have fallen. Do n’t easily reach for it. Lest you do n’t pick it up and you will be trapped. 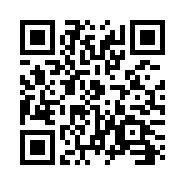