All Japan was captured by the Pokémon Gully Cover

Various prefectures and cities in Japan have been captured by Pokémon! In addition to the "Pikachu Mass Occurrence" held in Yokohama, other prefectures and cities in Japan have also joined the "Pokémon Local Acts" event-each prefecture and city will have different Pokémon as mascots Representative, sell a variety of locally limited goods! There are also "Pokémon Ditch Covers (ポ ケ ふ た)" appearing all over Japan. Take a look at which Pokémon have appeared on the "Ditch Cover Maps"! (Master Pokémon rushed ~)   At present, the official Pokémon Local Acts website has publicized Pokémon representatives in six counties and cities, namely Alora Rokuo and Rokuo, representing the snowy area "Hokkaido", small fists with "Iwate", and Miyagi Prefecture. Laplace and Fukushima prefectures can bring "happiness" auspicious eggs, trekking rats and Arora trekking rats in Tottori Prefecture, and dull beasts with Japanese pronunciation similar to Kagawa's specialty "Udon". Of Pokemon are meaningful to the local area!     Whether you eat, use or play, you can find the local representative Pokémon ~ You can take Laplace to visit Miyagi, eat "Happy Egg Pudding" in Fukushima, and be lucky with Pokémon representatives from various places Is n’t this the greatest happiness for Pokémon fans? (Envy of Japanese residents ~) At present, this event is still being expanded. I am really looking forward to what Pokémon and the prefectures and cities that will appear next!     In addition to the "Pokémon Local Acts" event, in addition to allowing Pokémon fans to eat, drink, and browse Pokémon-related products, there are also punch-in photos! "Pokémon Ditch Cover (ポ ケ ふ た)" allows everyone to check in with the gutter cover ~ (laughs) Although very novel, each drain cover is super exquisite in both design and color! You can also see the gutter cover patterns and the exact location in different areas on the official website, so that you don't have to look for it, it is really intimate ~ 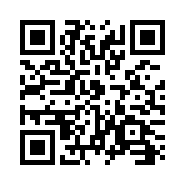