The gully was shocked to see the guppy! Adults and children busy fishing

The Changgu County Police Department inhabited the gully in front of the ditch. The news came out last week. In the past few days, it has attracted adults and children to fish in the ditch with fishing nets. However, due to overfishing, in just four days, there were very few guppy fish in the ditch. The Changhua City Office urged the public to stop fishing and let the guppy fish breed naturally. In the drainage ditch in front of the police in Changhua County, only last week did people find that there was a burst of guppy fish. The tails of the fish are colorful and beautiful. They are as beautiful as those sold in the aquarium. Later, the mosquitoes seemed to be fewer, because the guppies would eat the larvae of the mosquitoes, the ditch in the ditch was almost completely eaten by the fish, and the environment became clean. Lin Qunfu, Changhua ’s cleaning team leader: "The water flow is relatively slow before and after in this ditch. (Fish) ca n’t be drained out. The peacocks raised by the people ’s family may flow out or be stocked here. I can eat tadpoles. The maintenance of this water quality has a certain effect on the prevention and treatment of dengue fever. "   However, the Changgu County Police Department was in front of the ditch and the peacock fish inhabited by the huge amount of news. The news spread ten or ten times immediately. It attracted the people not to enjoy the fish, but to fish it. More people wo n’t be able to return if they get it.   The massive school of fish swam in the ditch full of water. In just four days, the ditch became empty, and now there are very few peacock fish in the ditch. Reporter vs. People: "Is there so much, not so much? I caught 40-50 yesterday."   People: "The water is relatively clear here, there is a stream of water over there, and the (ditch) in the restaurant over there can't support it at all."   Suspected overfishing, there are only a few small fishes remaining in the gully in the ditch, and the school of fish is no longer as it was yesterday. It is estimated that there are less than 50 peacocks in the ditch, although there is no danger of catching the law, The public office urged everyone to stop fishing and allow the remaining guppy to continue breeding and maintain the natural ecology. 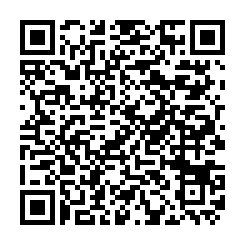